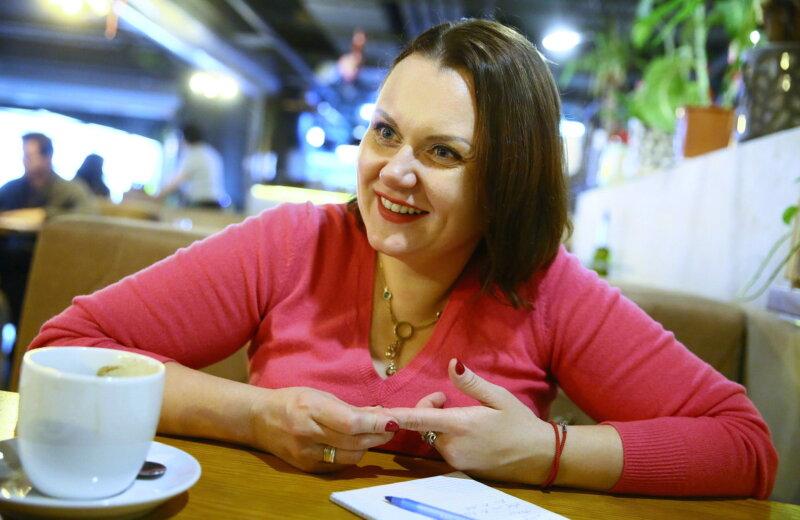 Koval is a businesswoman who built her name and reputation in the matchmaking business. She now aspires to revive a local charity that has raised $3 million since 2003, yet has seen better days.

The Lions Clubs International was founded in 1916 in Chicago, Illinois, by salesman Melvin Jones. Today, there are 47,000 local clubs with 1.4 million members in more than 200 countries.

But last year was a tough one for the Kyiv Lions Club: It faced greater competition for philanthropic donations, fewer members and the untimely death of Martin Nunn, a past president and a driving force for the club, on July 29. “Martin was the true engine of the club,” Koval said.

But Koval is not one to shy away from challenges, especially for causes that she believes in. The Lions Club has made contributions to improving the lives of orphans, people lacking proper medical care, the elderly and other vulnerable Ukrainians.

The biggest project thus far has been the Kyiv Burn Center, for which the club contributed $100,000 over three years. The center is the only place specialized in treating burn patients in Ukraine.

The club has also donated $65,000 to the Children’s Pediatric Department of the Neurosurgery Institute of Kyiv, mainly for equipment and renovations, $50,000 to the Bone Marrow Reference Center for transplants in Ukraine, and $50,000 to Casa de los Ninos, a children’s shelter.

Djerela, Friends House, Hope for Orphans, Every Child, Dodomu, and the Palliative Care Association are all organizations that either benefited from the Kyiv Lions Club or that are still benefiting, among other organizations.

Additionally, Koval told us that this year, a lot of focus will be put on helping the Sunshine House organization to complete the construction of a hospice for children.

Although the club has been effective in raising money for 16 years, increasing competition for charitable contributions and declining memberships are taking its toll.

Koval explained: “We were the first to do these fundraising events… now other organizations and various institutions organize their own.”

The club typically hosts at least two big events per year, Burns Night and the President’s Gala Dinner. But some years, it has hosted more.

For now, only Burns Night is confirmed for April 13. 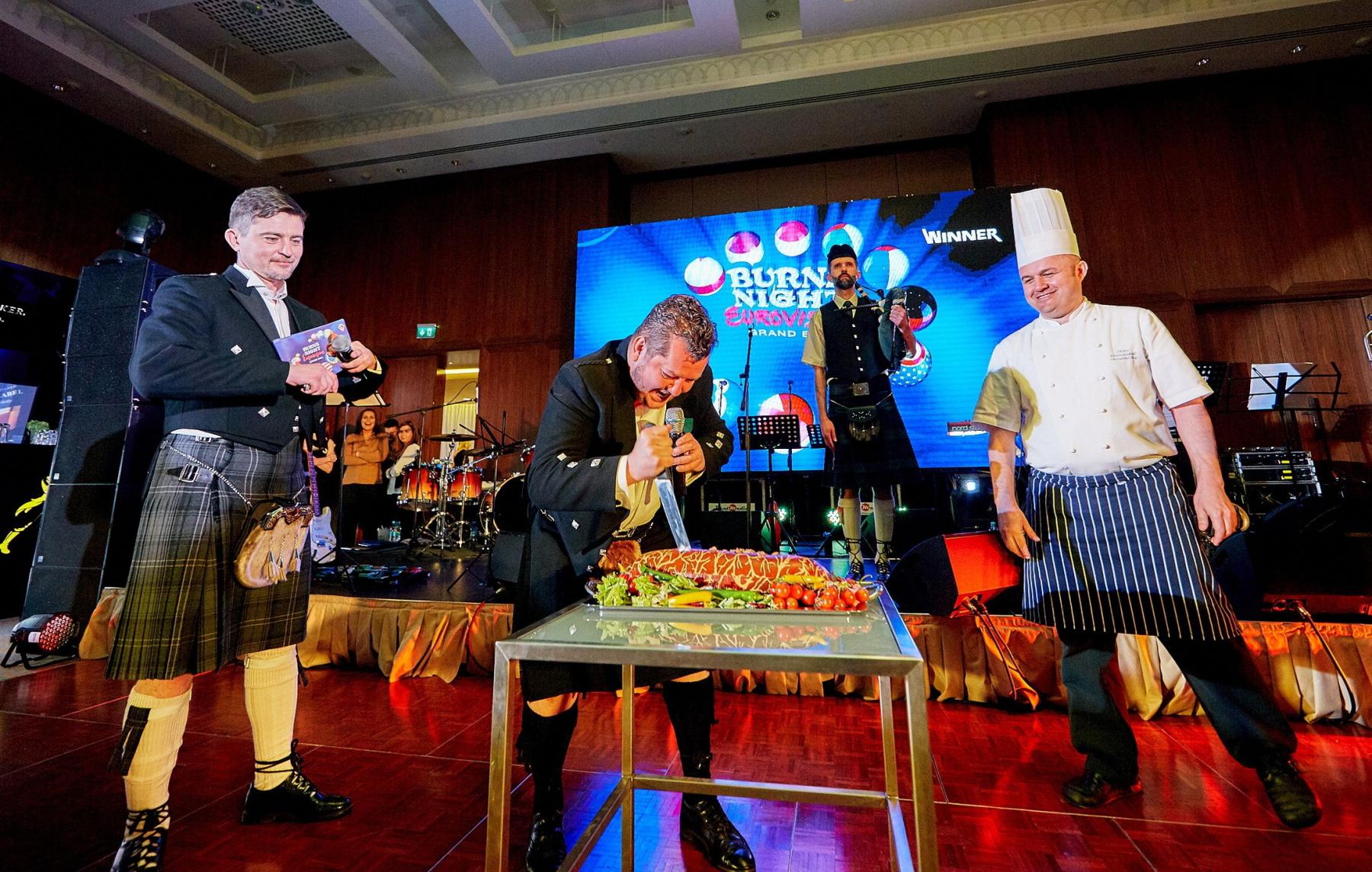 The first Burns Night took place in 1995 and has been held almost annually since then. The event honors Scottish poet Robert Burns (1759–1796)

More than 200 people are expected at the Hilton Kyiv hotel. The theme will be a competition between Scottish and Ukrainian music.  Sponsors are already organizing auction lots to raise money for what promises to be “a great evening,” Koval added.

The club had 80 members at its peak, but only counts only 20 dues-paying ones. So Koval’s priority is to recruit new people, especially more Ukrainians in the club. Members are mostly foreigners now, and are most often in Ukraine on a non-permanent basis which makes it all the more challenging to maintain a viable number.

To become a member, one has to pay a yearly membership fee of $200, plus $50 to the international branch for the first time only. 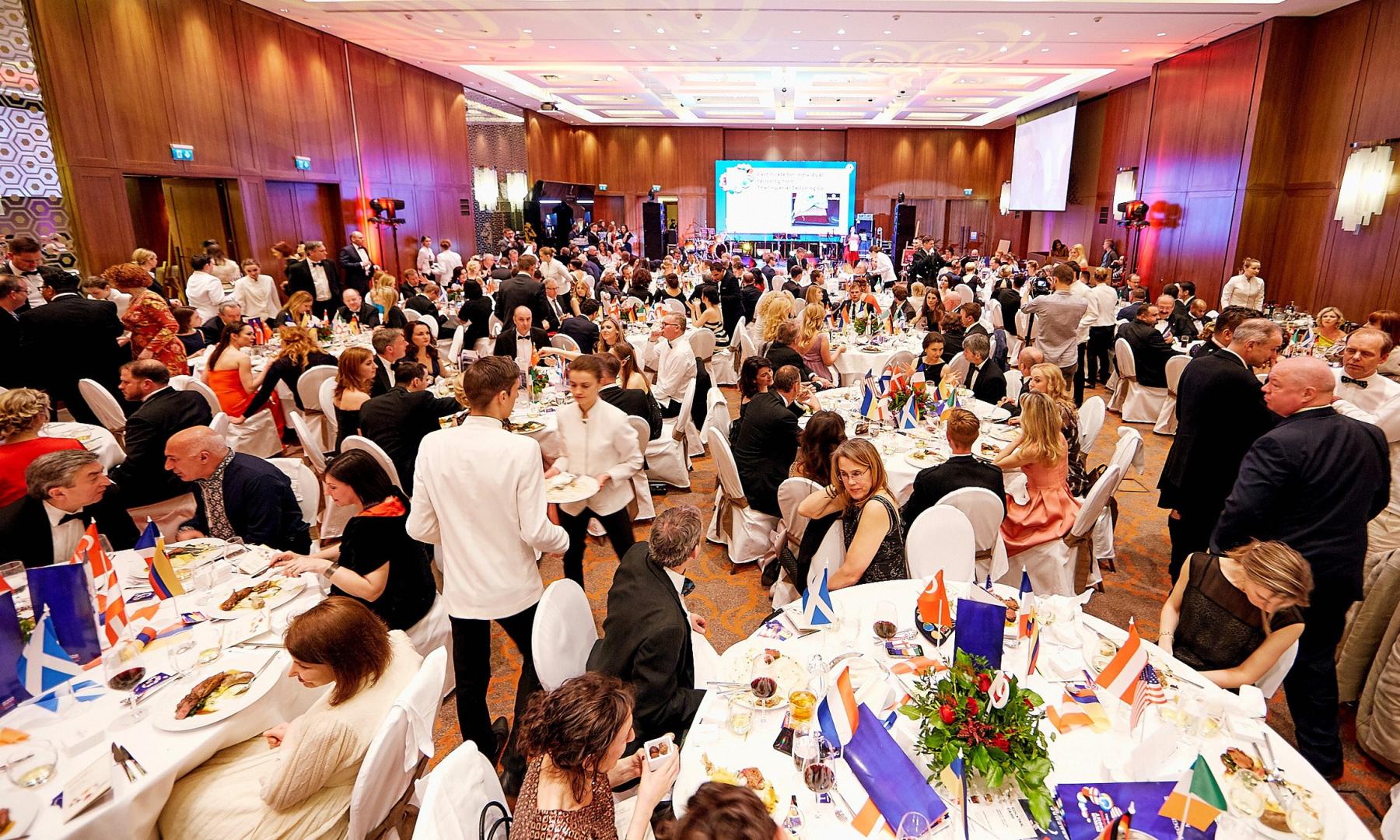 A wide-angle shot of the Hilton Kyiv’s grand ballroom at the annual Burns Night charity on April 22. (Kyiv Lions Club)

The presidency of the Kyiv Lions Club is a volunteer position that carries a lot of responsibility. Koval wants to use her tenure to “promote the club’s initiatives in the corporate social responsibility sector and involve other businesses” into charity projects.

She recently hosted a corporate social responsibility breakfast to encourage businesses to support the club’s charitable activities. She said businesses need a reliable partner to ensure their philanthropic dollars go to those most in need.